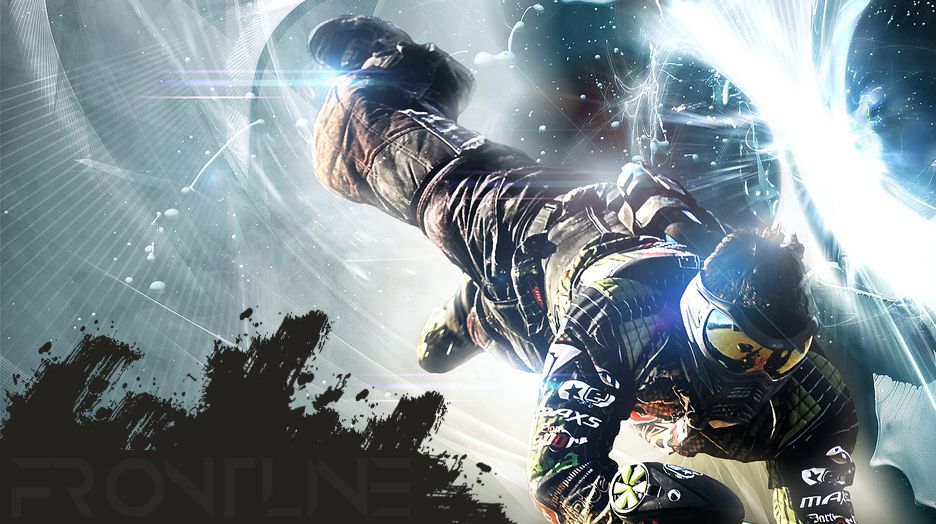 Get the most out of your Paintball Gun

Keep your gun clean. After each game make sure that it is free from any paint or mud:

Don’t pick up paintballs from the ground

It’s always tempting to re-use paintballs that have been fired already or that have been dropped. These look like free paintballs but they will usually result in a jammed gun. The paintballs have a gelatine shell. This absorbs water really quickly and leads to soft paintballs (they will just bounce off) and the paintballs will start to swell (they become larger and won’t fall through the hopper or they wont fit into the gun barrel).

If you dropped a few paintballs when you were loading your gun and they are still dry and clean, then they will be fine to use – if they dropped into a puddle or mud then leave them.

Don’t run out of Air

The most common way to play paintball is with compressed air. Each gun is fitted with a tank that will give you enough air to shoot anywhere from 500 to 1500 paintballs in some cases. When the air starts to run out, the paintballs will start to fall short and loose velocity. You'll have to break and run to your staging area of most fields and fill up your tank to continue playing.

The  shots per tank applies to every time the trigger is pulled, not every paintball that is fired. A common problem is people dry firing the gun (firing the gun without paintballs) when they are walking back from a game / by the target range. If you dry fire the gun 50 times after each game you are likely to run out of air at some stage – if this is half way through a game it’s really frustrating as you can’t shoot anyone.

Many modern guns can fire between 5 and 15 shots per second – in the heat of battle however most players will only manage 5 a second.

Unless you are used to rapidly squeezing a trigger it is hard to get you timing right. The following tips may be useful:

Unless you aim the gun you are unlikely to hit anything. Firing from the hip may look good in a film but in reality your paintballs will fly all over the place.

The air bottle on the gun forms an ideal gun stock that fits into your shoulder and stabilises the gun unless yoou're running a remote cable. Look along the top of the barrel and this will give you a good idea where the paintballs will go. Fire a shot and watch where it goes. If it drops short of the target aim a bit higher, if it’s to the left aim to the right.

This process of “walking” your paintballs onto the target is the most effective technique. You can get two or more paintballs in the air at a time, watch where they are going and adjust your aim accordingly.

Your goggles are the most important piece of kit you will be using. The following advice WILL help you.

Keep them clean and mist free

Before EVERY game, make sure your goggles are cleaned (remove paint splatters and condensation) and a good film of anti-mist solution has been applied.

The best time to do this is when you return from every game. Spend a few minutes cleaning the goggles (using tissue supplied) and spray on a good layer of anti-mist. Wipe the fluid around the inside of the lens and leave a layer to dry for a few minutes.

Don’t wear your goggles on the top of your head between games – you are sweating into them all the time and they will steam up straight away. Hold then or rest them on a bench / table to let them dry out.

If you get a lens shot make sure you give the goggles a really good clean otherwise the lens will be left greasy and your vision will be impaired.

Goggles should be fairly tight. You don’t want them falling down when you are running around. You should be able to shake your head from side to side without the goggles moving.

If you wear a hat, your head will sweat more and you increase the chance of your goggles misting up. Hats protect the back of your head from being shot (usually painful).  The following pointers may be use:

If you stand in the open, you will get shot! Hide behind barricades and substantial trees (a tree as wide as your wrist isn’t going to help you). Move directly into to cover and then fire, don’t stand in the open pretending to be Rambo.

Be aware of what is going on all around you. It is very easy to look straight ahead and focus on just one player whilst ignoring the ten other players advancing to your side. Every few moments have a look around to see what else is going on.

Only works when you keep still and you are quiet. Just because you are wearing camo overalls doesn’t mean that you are invisible. As soon as you move, people will see you.

They're harder to hit. If you are being shot at and you can’t tuck yourself behind a nice barricade it may be time to run! Run away in a zig-zag pattern and you will be harder to hit. If you are behind a barricade and pellets keep on coming in at you, it is usually because you opponent can see part of you / your kit. You will eventually get taken out unless you tuck yourself in or run!

A simple and very effective tactic is to work in small groups (2 or 3 people). If one player is pinned down by the opposition, their partner can give covering fire from a different angle.

Attacking a wooden hut containing four opponents is always great fun! As long as you get a few pellets through the door or window you are likely to hit one of them! Try not to bunch up together as you make a much bigger target. Spread out behind different barricades / trees / huts and the opposition will have to worry about shooting at several targets and not just one.

If you feel a paintball hit you, always check to see if the paintball has broken and marked you. Every day we see players walking off the game field thinking they are out, when in fact the paintball bounced. Remember that once you have said you are out you cannot change your mind.

Go round the side

If all the action is going on in the middle of the field it may be worth one or two players heading out to the edge of the playing area. Sneaking down the sides can catch the opposition unaware and allow you to take out some key players. Fire coming from your side and from the front (crossfire) is very distracting and makes it difficult to move or fire back.

A real “Old School” trick - very risky and rarely works, but worth a mention. During the game you simply stand up and casually walk towards the opposition – they may think you are out and completely ignore you! When you are close, you either open fire or even just pick up their flag and walk it back to your base.  Guaranteed to annoy the opponents and there will be shouts of cheat and foul play. As long as you haven’t said you are out or held your gun up in the air to signal that you are out it is technically allowed!

If paintballs keep on hitting the barricade that your opponent is hiding behind they are not going to shoot back. Whilst a team-mate puts down some covering fire, you can move to a better position to shoot them.

If you are outnumbered – run away! Find some better cover and work from your new position.

If you run out of paintballs during a game you won’t be able to shoot anyone, but the opposition won’t know that. Your gun will still make a noise (they are unlikely to notice that no paintballs are being fired). You can draw fire for your team-mates; you can grab a flag and in many games live players at the end of the game score points. If you are really brave you can also get opponents to surrender!

You need to know who is where and what they are doing. Clear and simple voice commands are all that are needed.

Working out a complex system of coded commands may sound impressive, but after a couple of minutes half of your team will have forgotten what “Delta Force Code Green!” means.

If you are outnumbered and need some help – shout to let your team know. If you hear a team-mate calling for help then do what you can to help them.

Each game has slightly different rules. The rules will be explained before each game.

Many games have been lost by players taking the flag to wrong base camp or forgetting to check if any of the opposition are still alive.

If you are playing a game and notice a marshal standing close by, look to see what they are watching. The marshals are there to look after safety and to referee the game. They will tend to move to where firefights are going to take place so they can make a fair decision.

If you notice a marshal heading towards you, it may be time to have a really good look around – there may be an opponent creeping up on you!

A smoke grenade can be a great aid if you get in a tight spot! Check which way the wind is blowing, ignite the grenade and throw it upwind of where you want the smoke to go. After 20 seconds a good plume of dense smoke should drift across, allowing you to escape unseen or to advance on the enemy and take them by surprise.

If you are lucky enough to still be in a busy game after ten minutes you are probably running low on paintballs in your hopper (the hopper holds around 200 shots). Carrying one or two extra pods of paint (a pod holds 100 to150 paintballs) in a pod pack will allow you to reload during the game.

If you do reload, try to do it before the opposition make a move on you!